January 18, 2014
The day of my - the Hal Meyers 4Points Barbecue Solo gig arrived - had all the music ready to go in my head, instruments re-strung and tuned, sound equipment checked, practiced with … and after showering and shaving my bald head to sleek perfection … I had to decide what to wear.

I'm into "Black" … I don't know if you noticed any of the recent NEVAH band pictures, or one of the images I posted from my 4Points BBQ gig … but not only do I wear black, I have a black, KAVANJO banjo head, as a matter of fact when I called John Kavanaugh from Kavanjo about getting  one of his patented banjo heads I asked him if he'd ever done one in black, and at that time he hadn't. Turns out, I was the first … he used a Deering black banjo head, which Yens Kruger told me was amazingly strong, designed for long wear and tear with a wonderful tone … and he inserted one of his KAVANJO pick-ups - which are AMAZING to say the least (more on that in another blog).

So … armed with my Stelling Sunflower Banjo, with my Black kavanjo banjo head, my only option as far as I was concerned was to wear a good percentage of black. Black jeans, black boots, black jacket … and a greenish thermal shirt. I think it's a good idea to dress up a bit, no matter what the venue.

Okay … I dressed, loaded my vehicle and went to the 4Points … kinda like the lyrics to my 4Points BBQ song (an earlier blog). When I got there I unloaded my Yukon XL, set up the equipment - tested the sound … as a couple of folks arrived for early pick-up and sit down sat down on a stool and just started playing.

That's it … except, a couple of minutes into the first set, I started to get a tad warm, so I removed my "jacket" … and continued to play for the next hour and fifty minutes without a break - time flies when you are having fun. As many familiar faces passed through the door and the room started to fill up … there was a wave a laughter that kept bouncing off the walls, and it was a terrific feeling to have everyone joining in on many "familiar" tunes. Plus I had planned to ask each and every NEVAH person in attendance to join me for a song or two. Which they did, without hesitation or pause …

… again, the guys in NEVAH are a terrific bunch of musical-ees … 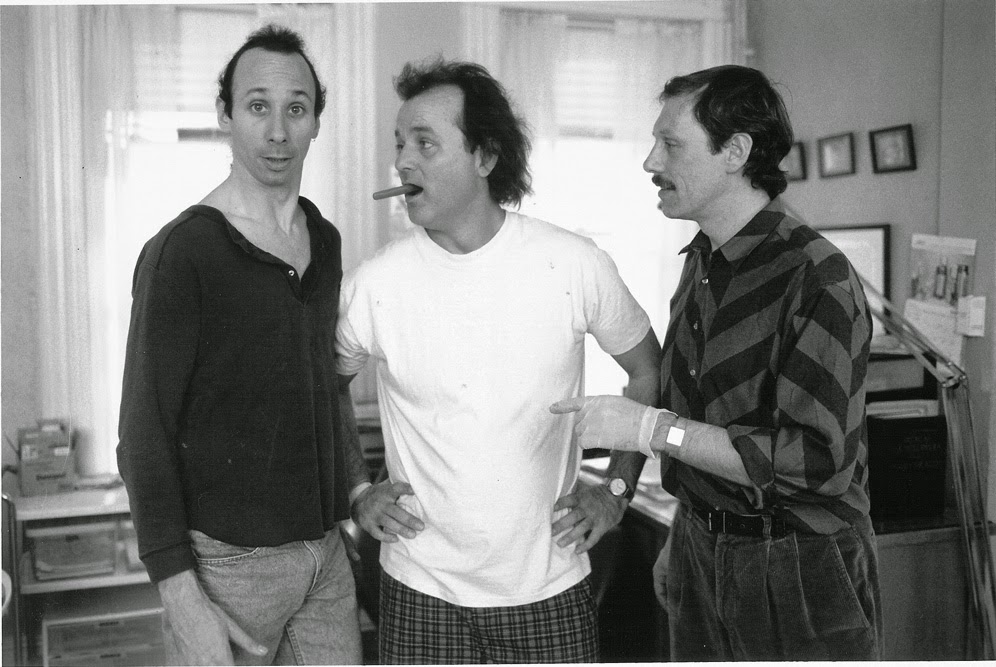 Just had to post this … after my son posted a "Seven Steps to Living a Bill Murray Life" … on his FB page … …  Peter Samelson  and I had a company called, "The Magic Source" - besides live theatrical shows and corporate work we did several commercials, print ad things, live demos using magic … and a couple of "live" special effects for films. We created a bit in 1990/1991 for "What About Bob" with Bill Murray and Richard Dreyfus … Hal Meyers & Peter Samelson on Set with Bill Murray Practicing the Live Magical Special Effect they created for What About Bob - circa 1990/1991 Here are two photos of Peter and I with "Mr. Murray" on the set … working with the "prop" … the CU shows the "Toothbrush" we created for the film. Bill Murray's character is supposed to swallow a Toothbrush - several times in the film. We actually did it … a little too effectively as they cut the shots of him swallowing the tooth