My good friend Charles D-R posted a video to my FB I'd seen a few days before. It's Dan and Dave - the Buck Twins. Two good looking, quiet … unassuming guys who turned the entire Magic World upside down with amazingly deft card flourishes/fancy single and multiple card handlings/the creation of high end custom pasteboards/a bevy of magic related "things" and … a score of "MOVES" related DVD's that turn even the most mundane sleight or trick into an Oscar Worthy Clip (okay - maybe I've gone a little overboard - but they do a friggin' great job with everything they touch). I guarantee the generation preceding mine (and I'm 56 - barely that is) would have - for the most part - turned a blind eye to the incredible "finger flinging" additions to standard "magic effects" - saying it's not magic. Of course they turned a blind eye to Cardini's flourishes, or Kaps or Richard Ross … or ………

And I was so taken by their initial concepts I purchased their "Tricks and Flourishes and Everything Else" DVD set … which I love. I've practiced a few things from the set … because I totally agree that a flourish added at the right moment can enhance the visual appeal of the magic presentation.

On the flip side …
I have seen a lot of younger guys flourishing their fingers to the bone, doing moves that would boggle the mind … without an effective conclusion … more of a "see what I can do" with this deck of playing cards. And if they did have a trick or effect … it was over or happened in the blink of an eye … garnishing more oohs and ahhhhs for the move then the "trick" - which is not really what you are looking for with a MAGIC trick. You kinda want the MAGIC to illicit a response.

… and I've seen a few younger "folk" flourishing up a storm while standing around waiting to "do their thing" only to get up in front of an audience and present sub-standard CU magic … sans any of the moves they so deftly presented just for themselves (and anyone who turned and caught their not so covert "warm-up") prior to their performance.

I think you need to insert the moves throughout a routine … use it as misdirection … use at as a joke to get the audience to relax … use it as a way to get yourself to relax … use it … because you can, understanding that if you are going to present a magic TRICK (normally I use the word effect) then make sure that the trick is magical at the conclusion and not simply a series of flashy finger moves.

They don't ever have to perform, and have been seen my hundreds of thousands of folks … maybe even millions (since they've done some fancy stuff for commercials too).

Dameon - the Magician
aka Hal Meyers 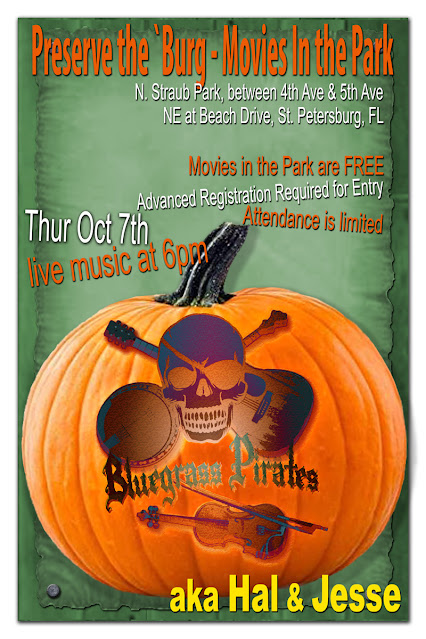 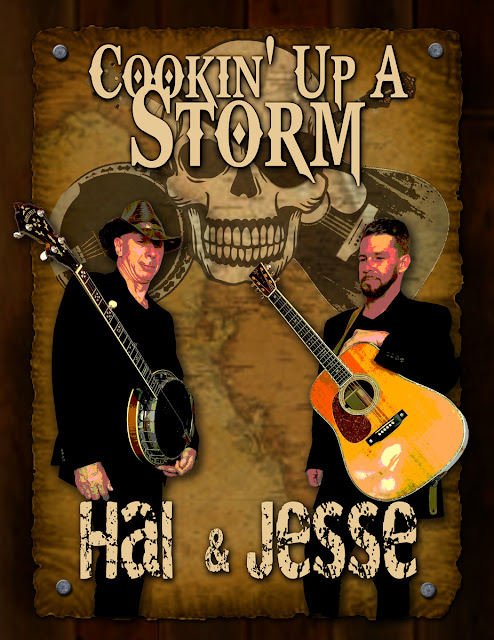 So you know we played tunes for a cooking show (link should be available tomorrow) … had a blast - the food was amazing, and the music fit the cuisine like a bowl and spork to Jambalaya. Now … this Saturday September 11, 2021 … we have a double booking … 1st: We are appearing on the Florida Folk Show with Pete Gallagher - Radio St. Pete - 96.7 FM from 10am to Noon. And yes, you can listen on-line. Going to be a terrific morning of music. Hal & Jesse Appearing on the Florida Folk Show - Radio St. Pete 96.7 FM Sat September 11, 2021 - 10am to Noon 2nd: We are returning to the wonderful Alafia Brewing Company in Gibsonton, from 8pm to 11pm. The Brews are sublime, the atmosphere is incredible, the staff is amazing and the music is going to be smokin' hot. Hal & Jesse Appearing at Alafia Brewing Sat - Sept 11, 2021 8pm to 11pm So please don't miss either music event! Annnnnnnd … there's a plethora of engagements recently added to our calendar that will be posted short